Revisiting classic TV shows on DVD is a joy! Not only do you avoid commercials, but you also get to watch what you want when you want, be it a favorite TV season or a particular episode. It's also a great escape! Many television series in recent years lack creativity and are nowhere near as entertaining as the classics -- no wonder TV networks continue to reboot original shows which should be left alone! So why not add classic (a.k.a. old) TV shows on DVD … END_OF_DOCUMENT_TOKEN_TO_BE_REPLACED

For eight glorious seasons (1977-1984), "Three's Company" treated its viewers to episodes filled with numerous pratfalls, innuendos, and, of course, hilarious misunderstandings. Or, in simplest terms, a really good time. That's because everything worked so well together -- from the writing to the acting -- led by the physical comedy genius John Ritter brought to Jack Tripper and Joyce DeWitt's consistently solid performance as level-headed Janet … END_OF_DOCUMENT_TOKEN_TO_BE_REPLACED 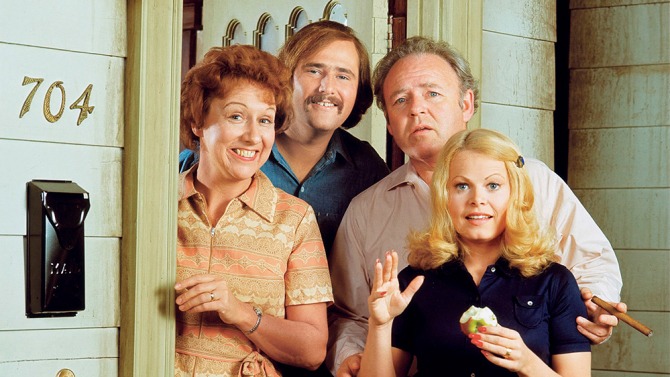 "Will & Grace" and "Murphy Brown" would return to television! It was "Must-See TV" all over again! Well, not really. Funny how the phrase "Must-See TV" is thrown around so easily these days. The last time I can recall a major TV network offering a block of essential prime-time viewing was back in the day when shows like "Hill Street Blues," "Cheers" and "Seinfeld" filled TV Guide. Go back several decades and now you're talking Must-See TV. … END_OF_DOCUMENT_TOKEN_TO_BE_REPLACED