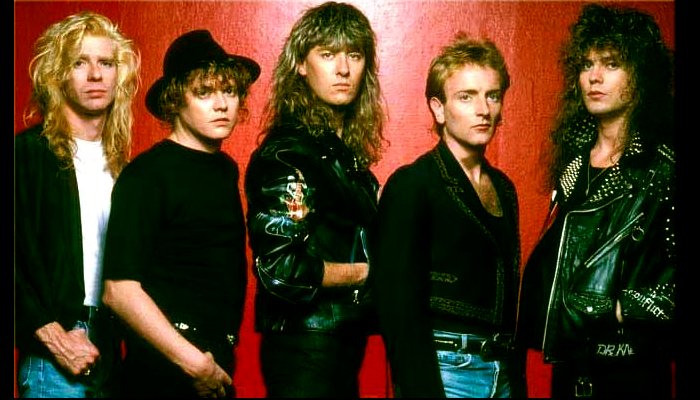 [UPDATES] Def Leppard: Officially A Rock and Roll Hall of Fame Inductee: Def Leppard was FINALLY inducted into the Rock & Roll Hall of Fame in 2019! The band had been eligible since 2005, which still brings into question the Hall of Fame's nomination and selection process -- for example, Janet Jackson was also a 2019 inductee; is that fair when so many other deserving ROCK artists await their turn? The argument detailed below questioning the Hall of … END_OF_DOCUMENT_TOKEN_TO_BE_REPLACED

It's hard to believe it's been over THIRTY YEARS since Def Leppard's groundbreaking album "Hysteria" was released. I'm a big fan of the band and appreciate all their music - from their first EP to their latest self-titled album...but "Hysteria" always takes me back to a very special place. … END_OF_DOCUMENT_TOKEN_TO_BE_REPLACED