No matter the time of year, some Guns N’ Roses music can definitely hit the spot.

Whether it’s Appetite For Destruction, some G N’ R Lies, the Use Your Illusion albums, etc., there’s always a song to fit your mood.

I have a childhood friend to thank for getting me into the band’s music back in the late ’80s, which also lead to numerous discussions and disagreements. Ok, some arguments, too, like which band was better — Def Leppard or Guns N’ Roses — and which was the superior album — Hysteria or Pyromania vs. Appetite For Destruction — and so on.

It was all in good fun, of course. 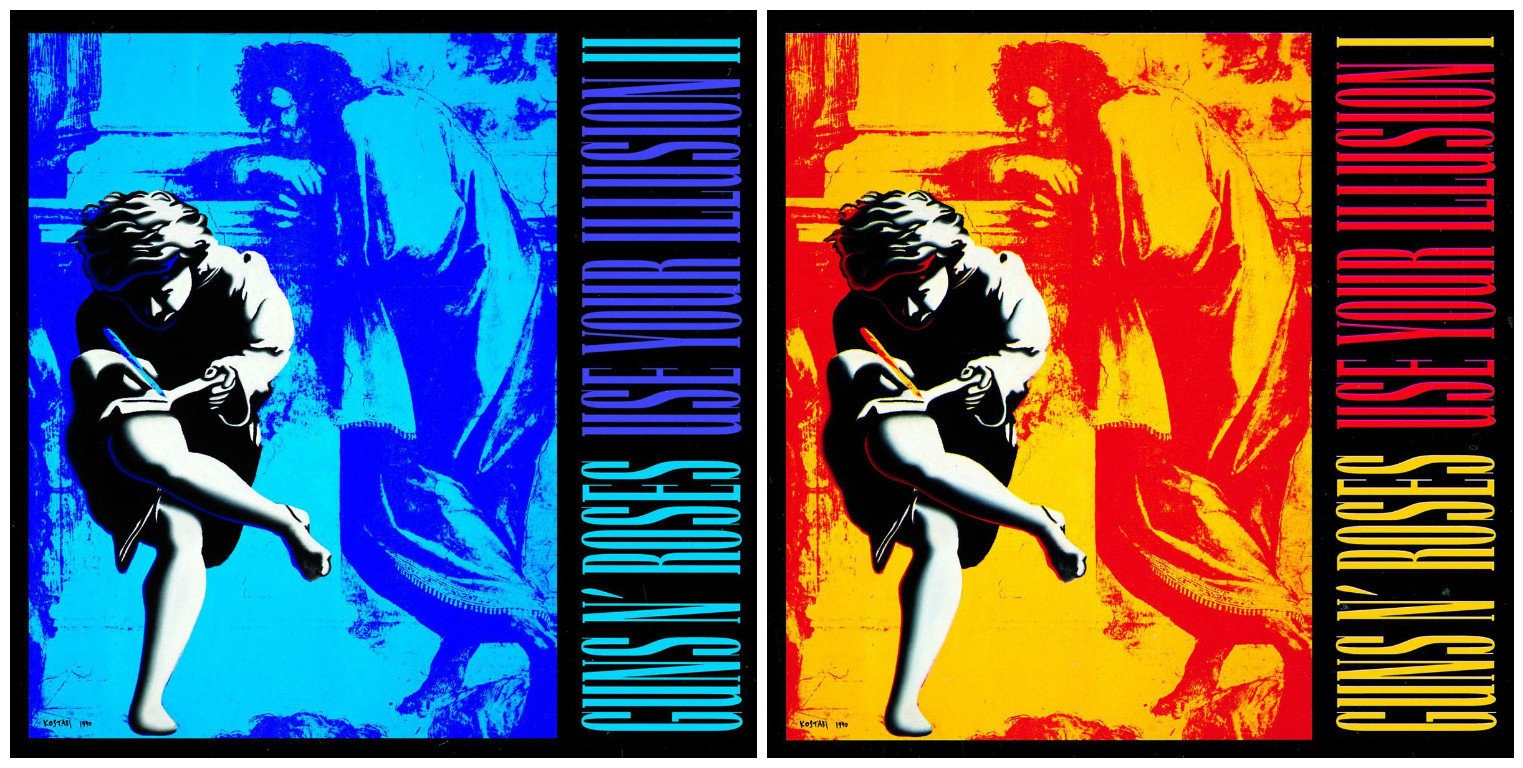 We also agreed that an amazing single album could have resulted if only the best tracks from each of the Use Your Illusion releases were included. It simply came down to which tracks were most worthy between the two releases.

Two of my essential selections were songs that included the word “illusion” in their lyrics: “Locomotive” and “Don’t Damn Me.” That was purely by coincidence, though my friend would remind me of it, saying I was going for some sort of “illusion” theme with my choices. (We would sometimes have in-depth discussions about song lyrics and their meanings.)

But there were certainly other songs on my proposed single album list: “November Rain,” “Estranged,” “Dead Horse,” “Breakdown,” “Civil War,” and so on.

We then reached a dilemma: there were two versions of “Don’t Cry” on the Use Your Illusion albums — which one should be chosen?

We both came to the same conclusion: the “Don’t Cry” version with alternate lyrics.

Add it to your music library here:

That’s not to say anything negative about the original version so many people know and love. The alternate lyrics version’s appeal was just more introspective and unique. The fact that it was less known (i.e. not the version released as a single) only added to its allure.

I must admit I was slightly disappointed hearing the alternate lyrics version initially; I expected it to be different musically too, instead of a switch-out of lyrics. But the more I listened to it, the more I appreciated it, and ultimately felt it was the superior version. 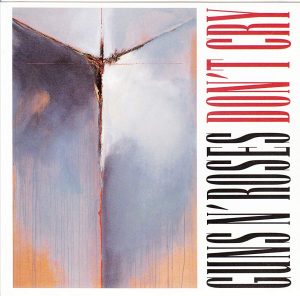 I remember how I especially liked how Axl Rose was able to infuse a whole new set of lyrics (not including the chorus, which remained the same) into the song’s existing arrangement, fitting and flowing so well together — most impressively the line “So many feel so lonely with no one left to cry to.”

The song told a whole new story and became even more impactful.

Whereas I was marveling at the song’s structure, my friend also made note of the same lyric, adding that it carried so much more weight than the original version’s lyrics, leaving a meaningful, lasting impression.

MUST READ  Bon Jovi BEFORE Def Leppard? Shame on you, Rock & Roll Hall of Fame!

That was another great point, and it helped solidify our choice in putting the “Don’t Cry” alternate lyric version on each of our imaginary “Use Your Illusion” single albums.

By the way, there are now many vintage Guns N’ Roses shirts available on Amazon.

Here’s just a sampling (click on a shirt below to view its Amazon page):

In an interview with RollingStone.com, he said the following:

The band ultimately put different versions of “Don’t Cry” on each of the ‘Use Your Illusion’ discs, an “original lyrics” version on the first volume, retelling Rose’s story, and an “alternate lyrics” take done impromptu in the studio, in which the breakup is dealt with more forcefully. “I prefer the new version because the original is kind of like a nostalgia piece for me,” Rose later recalled.

“Don’t Cry” Lyrics For Both Versions

Here are the lyrics for “Don’t Cry” (original version):

And here are the alternate lyrics for “Don’t Cry”…

Times that you took in stride, they’re
Back in demand
I was the one who’s washing
Blood off your hands

If I was standing by you
How would you feel?
Knowing your love’s decided
And all love is real
Baby

“If We Could See Tomorrow, What Of Your Plans?”

Back to my earlier story.

After our college years, my friend and I moved on with our lives and careers, and we drifted apart.

We hadn’t talked in years, but at least I’d hear sporadic updates indirectly through others about how our mutual group of old school friends was doing.

A reunion idea was thrown around at times but never came to fruition.

As more years passed, as they so quickly do, and proposed reunions became distant memories, I received a call telling me my childhood friend had taken his life.

As difficult as it was to process the tragic news at first, it ultimately took me right back to all of our music discussions, and most notably “Don’t Cry” and its alternate lyrics.

And it immediately brought a whole new perspective to the song.

My interpretation of the entire song permanently changed that day.

Whether it’s the holiday season or any time of year, please think about those you might not have spoken to in quite a while.

Reach out, say hello, and see how they’re doing.

Talk about anything that comes to mind…even an old song lyric that used to strike your fancy.

How nice that would be.

In case you ever need this information for yourself or anyone you know: