Remember when the number of television channels could be counted on two hands? Those days are long gone, as the number of channels now total in the hundreds (and beyond).

Ironically, the channels you currently watch the most can STILL probably be counted on two hands. Regardless, cable and satellite TV bills continue to rise.

Why should you have to pay more or suffer through any of those types of scenarios?

Some of you might only have one cable provider in your area and think you have no other options. You feel trapped, taken advantage of, and helpless.

Well, it doesn’t have to be that way.

You CAN do something about it and also save A LOT of money in the process.

That’s right, you can lower your cable bill!

The term “cutting the cord” on TV programming is very popular these days, and rightly so.

It’s a simple approach to the growing, money-sucking problems cable/satellite providers are causing many consumers these days.

But it’s only one part of the solution because you also need an alternative that will work for YOUR situation.

Sure, everyone would love a lower cable bill — if not, cut the cord completely — but what then?

If you don’t have a realistic alternative for your particular situation, you’ll still feel stuck and likely won’t make any change.

Well, there IS a solution that will empower you and give you money-saving options.

You Can Still Watch TV AND Save Money

Some people think the only way to get their local channels — let alone in high-definition — is through their cable or satellite TV provider.

That is also incorrect!

What is correct: A simple, TV alternative that will lower your cable bill (even eliminate it) DOES exist!

Lower Your Cable Bill? How About Free TV For Life!

There’s a whole world of television entertainment available to you right now, but you’re just not taking advantage of it — and unfortunately, many people are paying a lot of money to providers as a result.

Just to be clear, this is NOT just about getting major networks for free — there’s so much more!

You might not be aware that you’re able to get many other free channels, or even know that they exist, but they are there for the watching whenever you want.

So Many TV Channels. No Monthly Fees. Ever.

Let’s take a closer look at the type of channels you’ll have free access to immediately.

First, you’ll get all the major networks in high-definition:

You can enjoy everything you would normally watch on these channels — morning shows, soap operas, sports, your favorite prime-time shows, evening news, etc. You name it.

PLUS — SO MANY other FREE channels:

You’ll get The CW Network and all its shows — newer ones like “Riverdale,” “The Flash,” “Charmed,” “Arrow,” as well as “Whose Line Is It Anyway?” and a lot more.

Fox owns MyNetworkTV, and you’re likely aware of this channel, even if you don’t know it by name. Shows you get depend on your location, but they’ll include local news and sports, and shows like “Dateline,” “Chicago P.D.,” etc.

This TV includes a broad collection of great films. Most recent examples include the Rocky movies, 80’s comedy favorite Back to School, the underrated Steve Martin movie All of Me, as well as classic TV shows like “In the Heat of the Night,” “Sea Hunt,” and “The Saint,” not to mention kids programs.

A bunch of shopping networks — big ones like HSN and QVC, to product-specific channels like Jewelry TV.

News and educational programming from PBS channels as well as other similar channels are available for viewing.

ABC owns the Live Well Network, and it offers a big dose of home, health and lifestyle programs. Lots of cooking shows and more.

The Country Network is filled with music videos and original programs. In other words…all country, all the time.

Buzzr is non-stop game shows. Remember classics like “Card Sharks,” “Press Your Luck,” “Super Password,” “What’s My Line”? They’re all here, among many others.

Heroes and Icons has “The Greatest American Hero,” “House,” “Monk,” “The Incredible Hulk,” “MacGyver” (the original, not the reboot), “Nash Bridges,” “NYPD Blue,” “Rawhide,” many “Star Trek” series, and more.

Justice Network features a lot of crime-related programming and is sure to satisfy fans of that genre.

Escape Network is similar to the Justice Network, focusing on mystery and crime programming.

Tuff TV is sports programming, plus other shows focusing on lifestyle and autos, in addition to movies.

Many religious channels like major ones TBN, Daystar, and Smile.

Decades is owned by CBS and features classics programs like “The Abbott and Costello Show,” “The Ed Sullivan Show,” “The Bob Newhart Show,” “The Dick Cavett Show,” “The Lost Honeymooners,” “The Mary Tyler Moore Show,” “Newhart,” as well as news shows and documentaries.

You’ve likely heard of MeTV (but wouldn’t have to pay for it anymore). It includes favorites like “The Carol Burnett Show,” “M*A*S*H,” “ALF,” “Matlock,” “The Twilight Zone,” “WKRP in Cincinnati,” and so much more!

BizTV is devoted to entrepreneurs and small business owners, and those aspiring to run their own business. (Might also be helpful to anyone looking for a career change.)

Comet is dedicated to sci-fi, supernatural, horror, and fantasy series and films.

Many Spanish networks, including Univision, Telemundo, and Estrella TV.

Bounce has original programming, movies, and sports, and shows like “Living Single,” “The Bernie Mac Show,” “The Wendy Williams Show,” “A Different World,” among others.

If you want to see ALL the channels you would get in your specific area, click here. (How to check once on the page: (1) Click the box near the top left corner that says “Change provider…,” (2) enter your zip code and (3) click the “Find Providers” button. Then (4) click the “Antenna” tab, and (5) click the link that says “Local Over the Air Broadcast.” You will then see ALL the channels — in a handy TV programming grid — available in your area that you could be receiving.)

As you can see, there’s a world of free TV programming you could be receiving in your home right now that will never cost you a monthly fee.

All you need to do is allow it into your home.

How To Lower Your Cable Bill

One simple, inexpensive product will solve the problem of rising cable/satellite TV bills and will make a huge impact on saving you money.

All you need is the Mohu Leaf (click the picture below to read its Amazon product page): 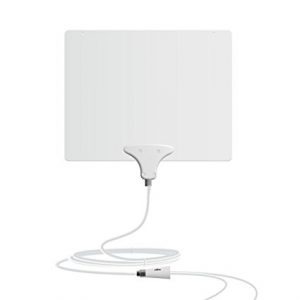 This small HD Antenna that works wonders connects to your television.

Most importantly, it’s a ONE-TIME cost that can ultimately save you over ONE THOUSAND DOLLARS PER YEAR — basically, the money you’re needlessly paying to your cable or satellite provider!

Also, getting this product puts YOU in the driver’s seat:

The Mohu Leaf And Its Many Benefits

You may not have heard of this product before, but it’s actually well-known and has made a world of difference to many cost-conscious consumers:

MUST READ  The Three Stooges vs. The Kardashians: No Contest (3 Stooges Win!)

I own a couple of Mohu Leafs myself and have gifted it to others who love it — not only because it helped put an end to them feeling like they’re at the mercy of their cable/satellite provider, but because they love all the money it’s helped them save.

It’s truly a great, meaningful gift that keeps on giving, especially to anyone who’s budget-conscious.

And don’t be fooled and waste your money on imitation products with sub-par quality. The Mohu Leaf is ranked the #1 selling indoor antenna for a reason.

As a classic TV fan, I especially love that this product provides free access to SO MANY channels with classic shows I normally wouldn’t be able to watch through a cable or satellite TV provider.

By the way, the Mohu Leaf can be conveniently placed in many spots.

On a wall near or behind your TV… 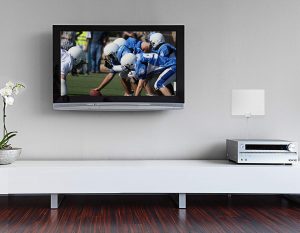 Or under a kitchen cabinet… 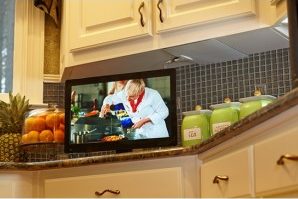 On a nearby window… 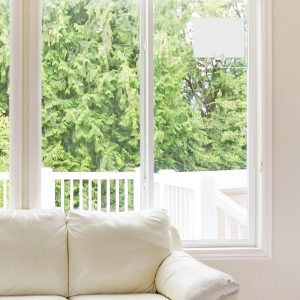 Here’s all you need to do to immediately start lowering your cable (or satellite) bill…or even getting rid of them completely: 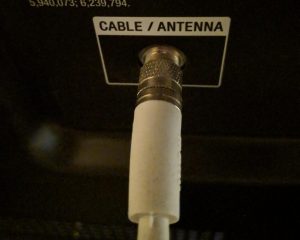 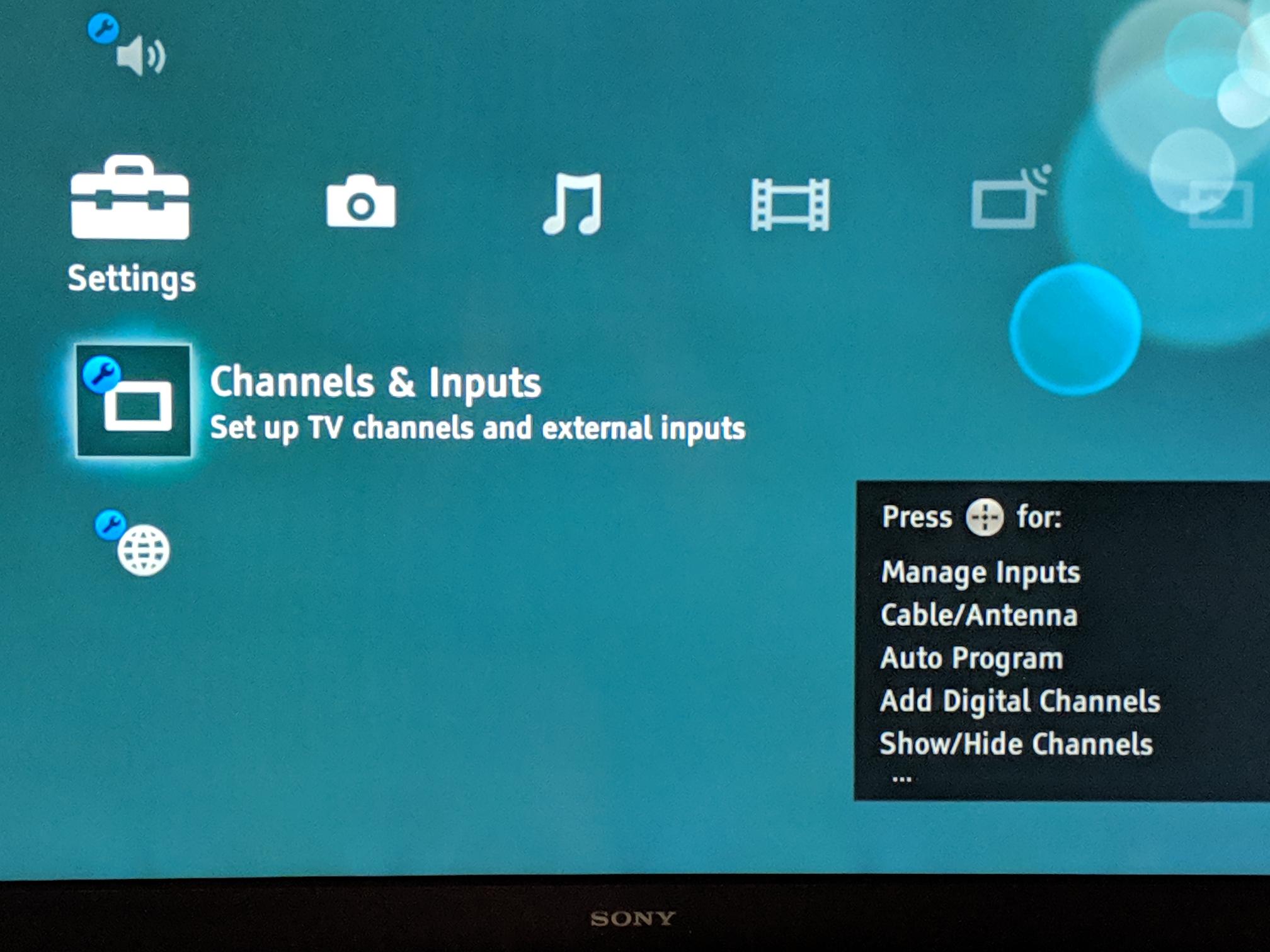 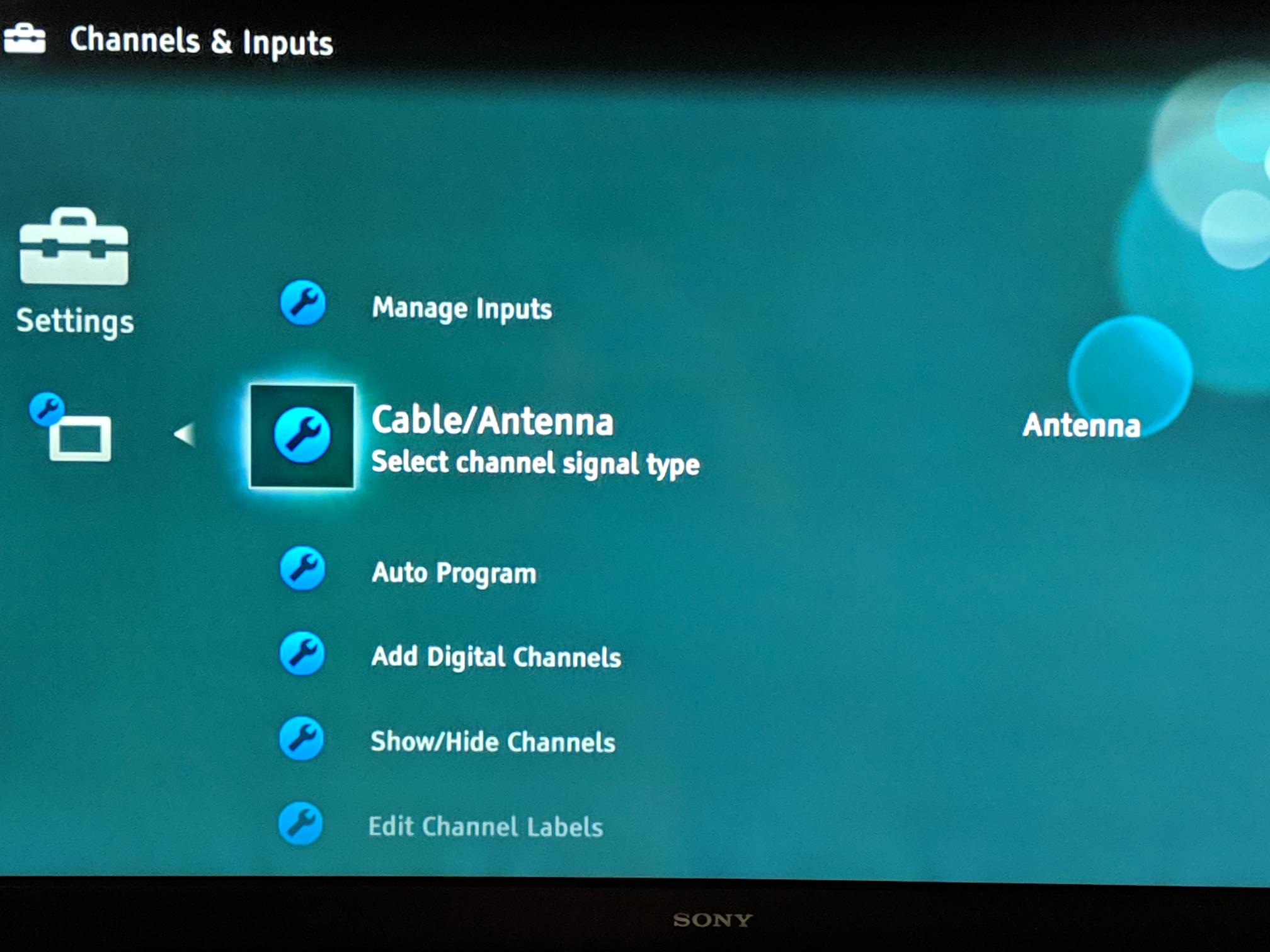 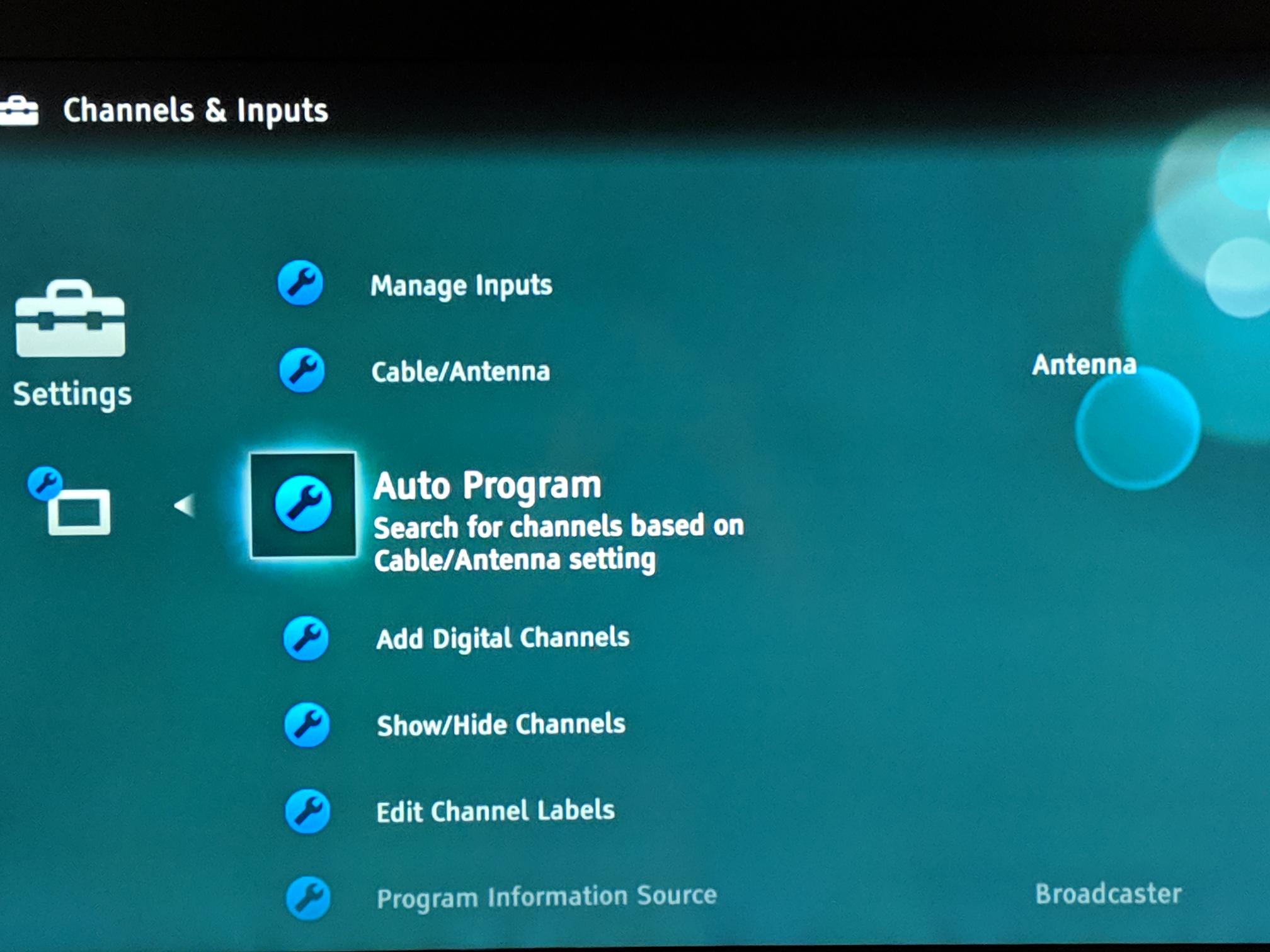 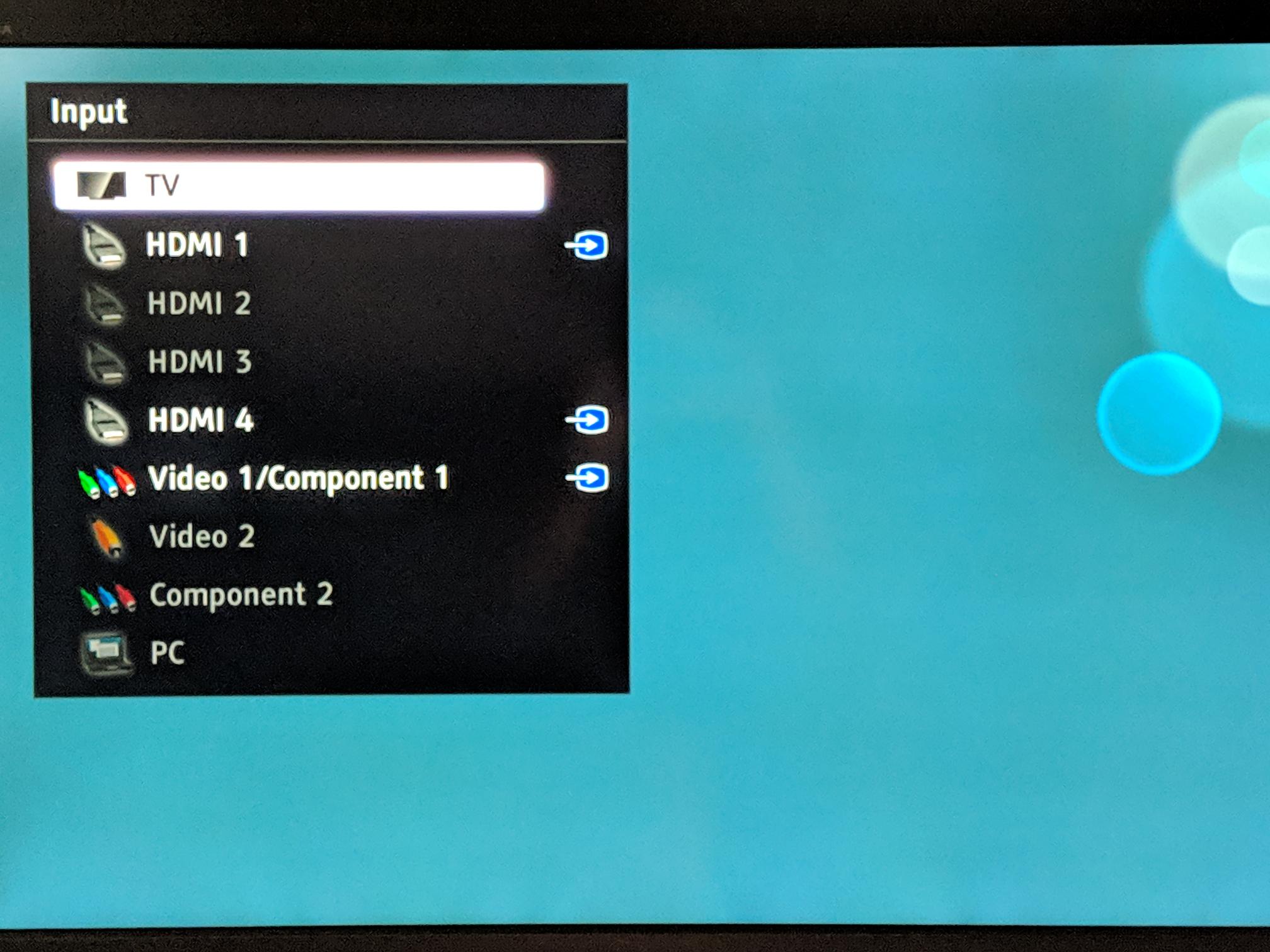 What might have once seemed impossible is now a reality!

You’re all set and have no monthly fees to pay for all the channels you’ll be getting going forward!

More Cord Cutting Options – It’s All Up To You

It isn’t necessary, but if you must have a subscription service like Netflix, Hulu

, or Amazon Video to complement your TV programming, you still have that option. (There are always free trials and promotional pricing deals available if you want to test them out first.)

An easy way to access the subscription services of your choice (and a lot more like free movies, live news, and many other free specialty channels) on your TV is to get a Roku Streaming Stick (my personal favorite), or an Amazon Fire Stick, or a Google Chromecast.

Think of it as the best of both worlds: free TV programming AND ONLY the content you want to subscribe to.

No matter what, you won’t be stuck in a cable/satellite TV package where the majority of the channels included won’t be watched…but still paid for.

You can decide how far you want to go in terms of lowering your costly cable/satellite bill (or completely removing it). Either way, there’s no need to waste any more money than necessary.

Between the Mohu Leaf, and if you so desire, a streaming stick, these two products will absolutely alleviate — if not, completely solve — an expensive problem many are suffering from these days. As you already know by now, these products will make your cut the cord TV initiative a reality.

And the savings can even apply beyond your own home for some. For example, are you a condo owner and part of an HOA? Well, if your complex has a recreation room or gym with cable/satellite TV, your monthly HOA dues are going towards paying for it. Why not consider switching to a Mohu Leaf and remove that cost? Our cut the cord TV quest paid dividends: making the switch immediately saved my HOA over $1200 in annual expenses.

So the next time someone asks, “How can I lower my cable bill?” You’ll have the answer!

Tell them about this worthy “cut the cord” option.

Otherwise, is paying over a thousand dollars per year for your cable/satellite TV worth it?

Well, the choice is yours.