Hate waking up every morning to get ready for a job you dislike? Unhappy with your career and still in search of that unattainable dream job?

Many people are miserable — with a capital M! — about their job situation, and they know their career is nowhere near what they had originally envisioned for themselves. Unfortunately, some won’t do much about it. They’ve either given up on trying or have accepted their circumstances and settled. That’s a shame because complacency will exponentially increase job misery over time.

There are also just as many job seekers out there who continue to, well, seek, unable to get even ONE callback for a job interview. How frustrating!

All of these scenarios are pretty common, but that doesn’t make feeling dejected any less unpleasant.

“It’s Going To Be Alright”

Peter Gabriel and Kate Bush summed it up so eloquently during their never-ending embrace back in 1987, in a music video whose imagery was as powerful as the song itself: “Don’t Give Up”

Such a deceptively simple phrase, but one whose meaning and ramifications represent so much more.

Just hang on — whether it’s about your job search, your career, or anything else going on in your life — “it’s going to be alright,” as the lyric goes.

You WILL make it through that seemingly endless, dark eclipse and the sunshine WILL eventually return.

Inspirational Stories For Job Seekers: Don’t Give Up On Yourself

As demoralizing as things might get, giving up on your pursuit should never be an option.

More importantly, you shouldn’t give up on yourself or the optimism you felt when you started your journey.

Expect things to not go as planned. Unforeseen challenges will arise. Hope will dwindle…but don’t let it.

As unlikely as it will seem at the time, pieces are STILL falling into place to help you reach your goal. Obstacles are just part of the process. All you need to do is press forward.

I’ve been in similar situations over the course of my career. I know what it’s like, how overwhelming and disheartening it can feel. You must remind yourself it’s temporary and just a FEELING you can overcome.

It’s how you go about things — not only when you’re searching for a job, but how to make the most of it when you have one.

But don’t take my word for it. Many people have dealt with their own set of challenges and prevailed.

Inspirational Stories For Job Seekers: You’re Not The Only One

The next time you (or someone you know) encounters yet another disappointing roadblock, think about these inspiring stories:

There’s a Place Where YOU Belong

Keep reminding yourself that failure is just a (temporary) detour to ultimately reach your goal.

What makes stories like the ones above inspirational is that these people never gave up. Imagine if they did! What if they weren’t so persistent and gave up right before successfully reaching their goal? The end result would most likely have been much different. 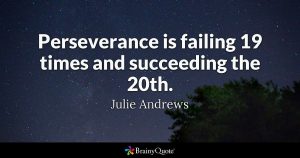 Keep this in mind:

There are many other inspirational stories for job seekers, but I’m sure you get the point.

You might also be thinking: “Sure, it worked out for them, but that doesn’t mean it will for me.”

Don’t you think any of the people mentioned above could have easily had the same thought before reaching their goal? No one ever said there wouldn’t be some self-doubt or second-guessing along the way.

The point is they pressed on. You should too.

How To Improve Your Career Path Starting Today!

It can feel overwhelming — even hopeless — when you don’t know where to begin.

MUST READ  Bon Jovi BEFORE Def Leppard? Shame on you, Rock & Roll Hall of Fame!

Start by taking an inexpensive online career development course of YOUR choosing to:

Here are just a few reasons why this will benefit you:

The wonderful thing is YOU get to choose your path based on what interests you!

And there are SO MANY options — all you need to decide.

General online courses that might benefit you and help improve your skills:

Online courses in more specific areas — whether it’s something you’re already doing and want to improve on (i.e. get ahead of your coworkers), or are simply considering for a career change:

Want to expand your horizons and try something new?

Maybe go into business for yourself? You can take that first step today!

Not sure where to begin?

There are over 80,000 online courses you can take advantage of! THOUSANDS of people have taken these courses to educate themselves, improve their careers and their overall personal development…why not you?)

Collectively, these small steps — just like the small steps in the inspirational stories shared above — will help put you on the right path and enlighten you.

There are also other non-academic ways to learn about things like leadership: Here’s how you can learn leadership skills by simply watching “WKRP in Cincinnati.”?

Regardless of your approach, success awaits you — just give it time. 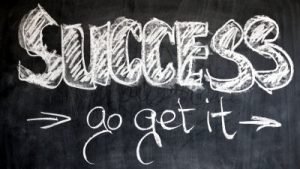 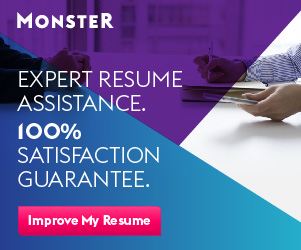 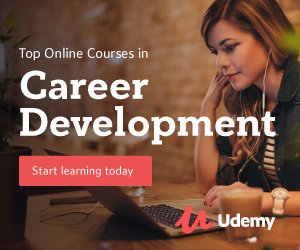